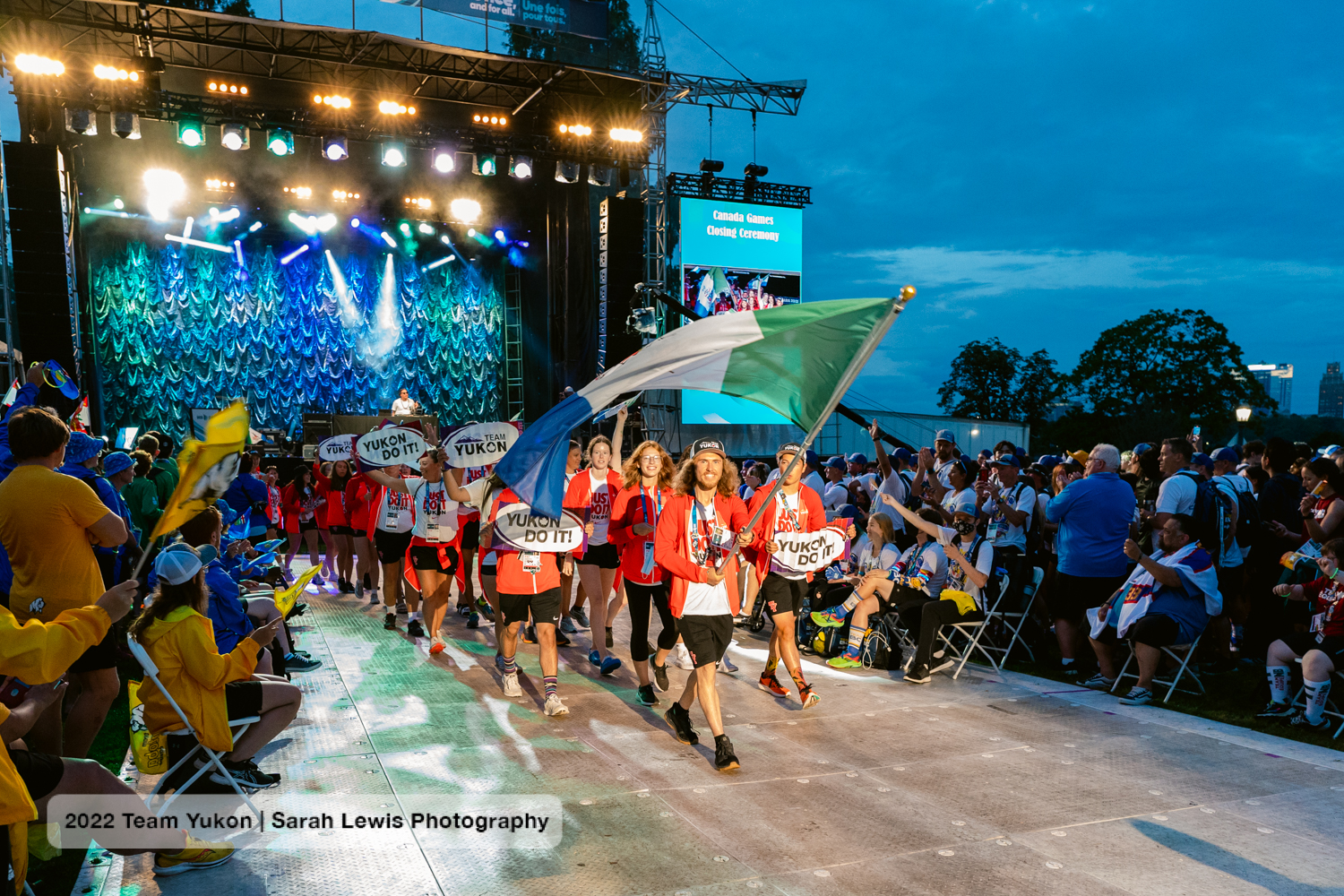 Team Yukon has a successful return to Games Action

Team Yukon is walking away from the 2022 Niagara Canada Summer Games with plenty to celebrate. A slew of personal bests was achieved, history was made, and a Yukoner took home the inaugural Pat Lechelt award in the second week.

McIntyre started training with Athletics Yukon as a snowshoer when he was 13 to compete in the Arctic Winter Games in Fairbanks, Alaska in 2014. McIntyre is autistic, and also competes as a member of Special Olympics Yukon.

As a Special Olympian, he has competed in their World Games in Los Angeles, and as a 15-year-old, won the 5000m race and placed third in the 1500m in his category. Up next, McIntyre will represent Canada at the Special Olympics Winter Games as a cross-country skier.

“It was quite shocking,” said McIntyre when he was told he would be the flag-bearer. “And then when I did it, it was nerve-wracking but it was exciting. My athletics teammates were behind me and it felt like going for a walk with my family.”

A champion of True Sport

For the first time in Games history, the Pat Lechelt True Sport Award was given to athletes in the first and second weeks. The award is given to an athlete who exemplifies True Sport principles on and off the field of play.

Team Yukon cheered with pride when it was announced that volleyball player Arcel Siosan had won the award in week two.

“It’s an honour,” said Siosan. “To be the second-week recipient means a lot. I had no idea until they announced my name. It’s a True Sport Award and that means a lot to me because that encapsulates a lot of characteristics of an athlete on and off the court. It was definitely an honour.”

A successful return to Games

“For it being many of Team Yukon athletes' first Games of any kind, they did really well,” said assistant Chef de Mission Megan Cromarty. “Although the scores always didn’t reflect it, the Yukon athletes achieved many personal bests, and hit their goals on the biggest stage they’ve competed on.”

The men’s soccer team made history by defeating a province for the first time at the Canada Summer Games. The team defeated Nova Scotia 3-0 in their opening game. The squad then defeated Manitoba 3-0 to earn seventh – the best result Yukon soccer has had.

Continuing with making history, for the first time the Yukon was able to have a 4x100 men’s relay team. The athletes shattered expectations finishing eighth.

In the pool and on the water, the swimmers and kayakers posted many new personal bests.

It will be a quick turnaround for Team Yukon with two Games on the horizon. Team Yukon will next be in action at the 2023 Arctic Winter Games before shifting directly to the Canada Winter Games.

In preparation for the 2022 Canada Summer Games, the girls basketball team headed to Edmonton.