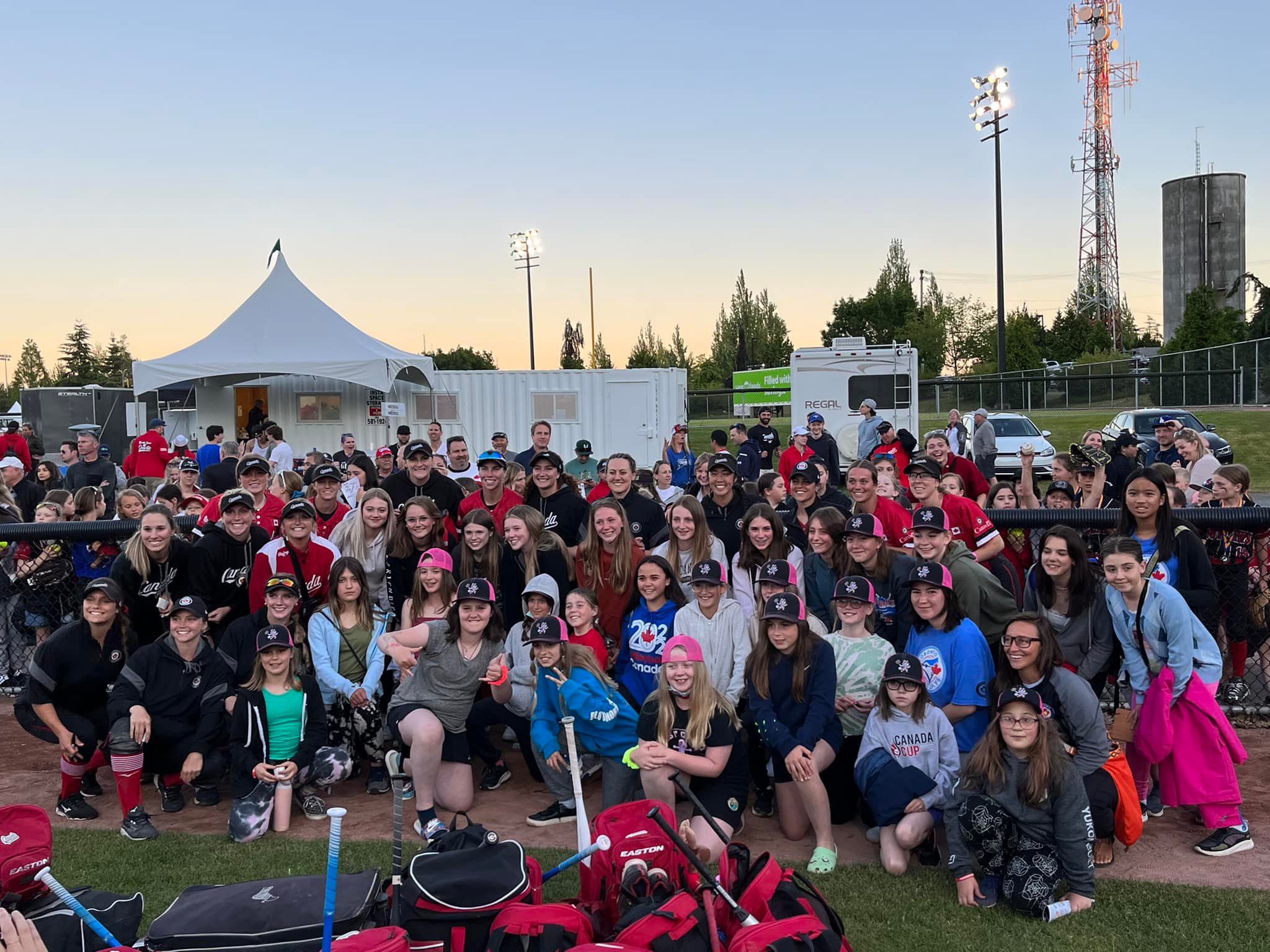 Softball Yukon took 33 girls from the Yukon Sundogs program on a “pretty cool” adventure, beginning on June 23. The Sundogs travelled to Surrey, B.C. to be a part of the Canada Cup International Softball Tournament.

It’s the first time, in a long time, that Softball Yukon had young athletes travel Outside.

“We called this an exposure trip, to take the kids and let them watch some high-level softball. It was especially good for the girls to see all-females playing, and Olympic athletes, professional athletes, and college athletes. At the end they played some exhibition games.”

During the game-play, Walz said the Sundogs held their own.

“I’m super proud of them,” said Walz. “We didn’t win any games, but we scored runs, made plays, stole bases, won some innings, and got used to a more structured game that we just don’t have here, yet.”

The long-term goal of the Sundogs is to continue to develop softball players.

“We are looking at having major-game participation and sending teams to the Western Canadian Championships and potentially nationals,” said Walz. “This was a good first step in exposing the kids to the structure of the game, different opponents, and real umpires.”

By going Outside to the Canada Cup International Softball Tournament, Walz said the players gained a new appreciation for the sport.

“They watched the games and saw the players crushing the ball, and making plays and they looked at that and thought ‘I could do that.’ It also showed them there are options to play further like in college.”

On the first day of the trip, the 33 girls got to meet the members of Team Canada.

“They got to meet the whole team and get autographs and pictures with them,” said Walz. “And when we went back on Friday and Sunday to watch the games, they had this connection that brought them in a little bit more.”