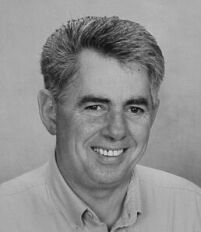 George Arcand, Sport Yukon’s long-serving president of over 20 years, had his final board meeting on Sept. 26.

It’s the end of an era. Arcand had served as Sport Yukon’s president, or sat on its board in some capacity, since the organization’s inception in 1972. Now Arcand will enjoy a much-deserved retirement. Sport Yukon's board and staff are grateful for the many years working alongside Arcand.

Arcand has seen every iteration of Sport Yukon – from its creation to assist with the 1972 Arctic Winter Games to what the organization has become today, the voice and face of sport in the Yukon.

“It started for the Games, but it morphed into something so much more than that,” said Arcand. “The Arctic Winter Games in 1972, that kind of hooked me. It was a really great time.”

It was the “right people and right subject matter” that made Sport Yukon “fun to be a part of” for nearly 50 years.

And in those 50 years, Arcand notes securing the Sport Yukon building on 4061 4th Avenue as one of the largest successes he worked on.

“Getting the land and the money from the city, that wasn’t done overnight,” said Arcand. “It was a place where we could be seen and gave Sport Yukon a sense of autonomy.”

The Klondike Road Relay’s transformation into the iconic event it is today is another proud moment in Arcand’s career.

“Since Sport Yukon took the Road Relay over everybody that’s been involved has worked hard to make it what it is today,” said Arcand. “All the boards we’ve had, they believed in it. The KRR is great for the community and its ties to Alaska.”

As Arcand heads into his retirement, he reflected on the positive change that Sport Yukon has gone through over the years.

“It’s not only cool to see but it has also been cool to be a part of,” said Arcand. “Sport Yukon grew up and became an advocate that has some teeth.”

Arcand leaves a legacy with the organization that will be tough to match, but he believes Sport Yukon is in good hands.

“Sport Yukon has great management and staff, and a great board,” said Arcand. “We’re fine.”

Arcand dedicated his career to sport, and it’s something he, says, will always play an important role in bringing a community together.

Two more athletes have been identified in joining varsity teams.

Four Yukon athletes made the jump to post-secondary teams in the fall of 2022.