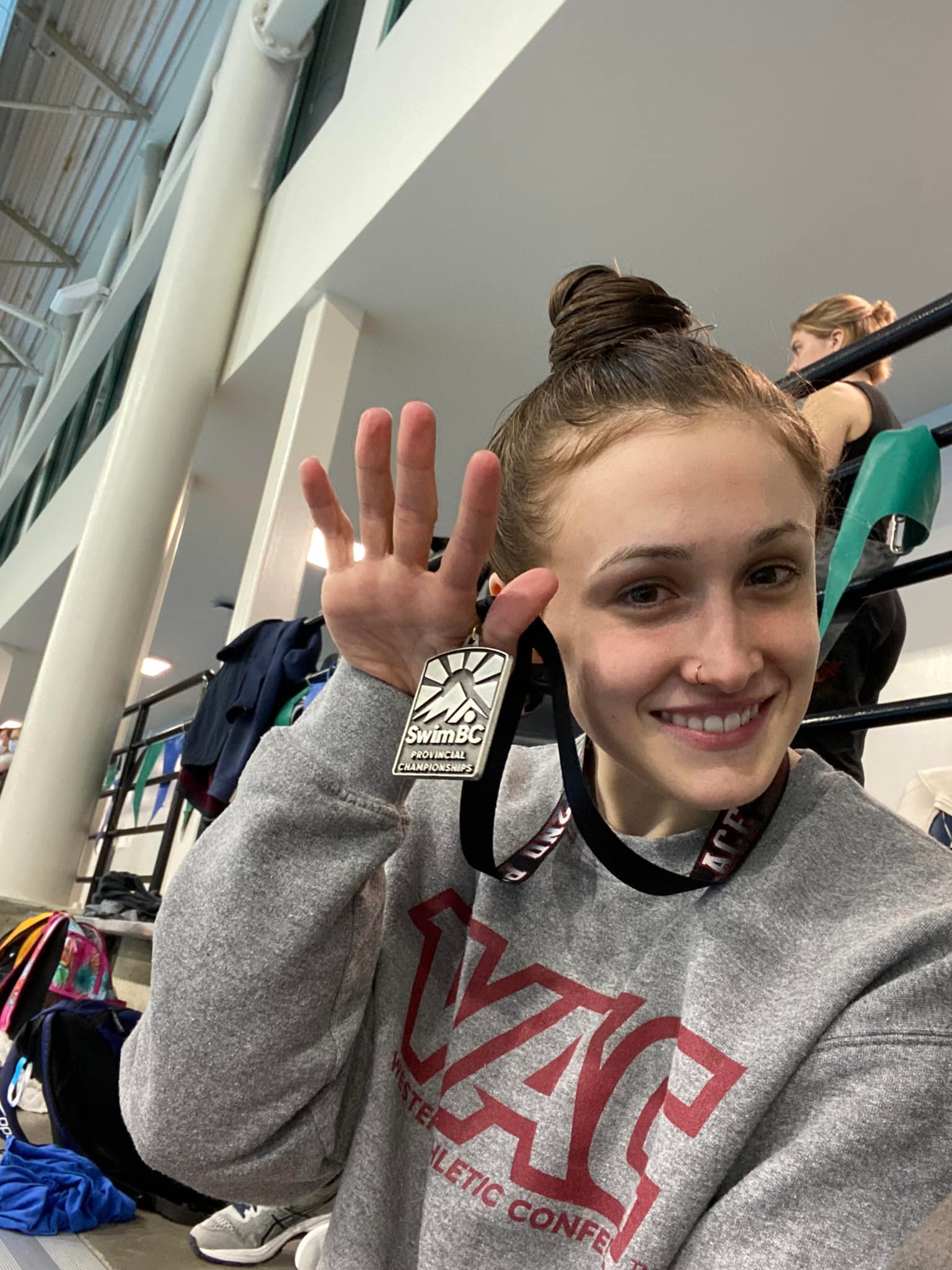 Whitehorse Glacier Bears have a successful

The Whitehorse Glacier Bears are finishing up at a training camp in sunny Cancun, Mexico. It was a needed break for the swimmers because from March 10-13, the club had a very successful BC Provincials in Victoria.

For the Glacier Bears, COVID-19 had eliminated many opportunities to travel Outside to swim meets. Although there were no spectators allowed in Victoria, Escobar said the atmosphere was electric.

“There were so many swimmers and we were constantly feeding off each other positively,” said Escobar. “We were motivated.”

The Glacier Bears swam away from BC Provincials earning seven medals.

Barrault secured gold in both the 100 and 200 breaststroke and Gishler earned bronze in the 400 free.

Even the swimmers that didn’t medal still had great performances, said Escobar.

“The team broke between 11 or 14 club records,” said Escobar. “So the team really put it together and pushed together.”

After almost two years away from competitions because of the pandemic, Escobar said it was great to be back at a meet and put all the training into practice.

“It all made sense, all the torture that we went through,” said Escobar. “We moved with confidence.”

For Gishler, Barrault, and Kingscote, the competition circuit isn’t over. Based on their results at BC Provincials, the three qualified for Canadian Trials in April – the premier competition for Canadian swimmers.