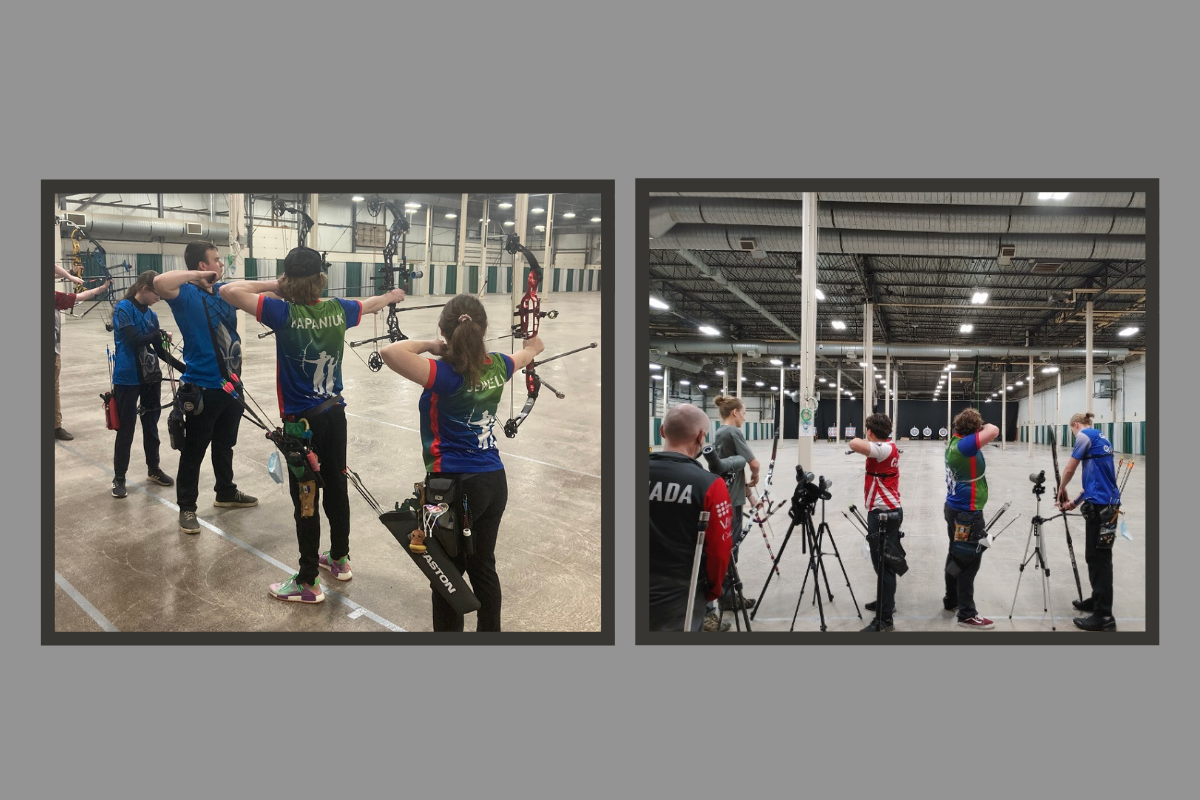 The Yukon’s archers weren’t able to spend the Easter weekend like most. Instead, they quivered their arrows and strung their bows for competitions in Prince Edward Island and British Columbia.

Emmett Kapaniuk placed second in his category at the selection camp and earned a berth on Team Canada – which will compete in Nova Scotia at the end of May.

Kapaniuk received the good news on May 4.

“I’m doing amazing,” said Kapaniuk. “Before flying down, I’ll be practicing at the biathlon range. I’ll be full-time training 50 metres outdoors now until the competition.”

The competition will be outdoors, so Kapaniuk said he needs to prepare for the challenges that poses.

“I need to get ready for outdoors before we head to Halifax which is notorious for strong winds,” said Kapaniuk.

Kapaniuk has shot plenty of competitions before, but the Junior Pan Am Games will be his first time shooting internationally. Despite this, he’s feeling confident.

When he gets to Nova Scotia, Kapaniuk said he’ll look forward to working with his coaches and new teammates, plus representing the Yukon.

“It’s going to be exciting representing the Yukon as a member of Team Canada,” said Kapaniuk. “My arrows have the Yukon flag on them. It will still be the Yukon down there.”

On the east coast

The territory’s other representatives looking to earn a Team Canada spot were Wyatt Kapaniuk and Sofija Jewell.

For the pair, it was their first Outside competition since the pandemic. Although they haven’t travelled, the archers still shot in competitive settings, but virtually.

Wyatt shot in the Junior Recurve category. It was his first year competing at that age level – meaning he shot at a 70-metre target instead of a 60-metre target.

The longer distance and stiffer competition made it a tough event, but Wyatt said he knew what he was getting into.

“I’ve been to a few major events so I knew what to expect and I was prepared for what the schedule would look like,” said Wyatt.

Wyatt said he was satisfied with his performance.

“For training, I wasn’t able to shoot the competition distance,” said Wyatt. “All things considering, longer distance, first competition in two years, I’m happy. I finished middle of the pack.”

On the west coast

While the three archers were off in P.E.I, another group of Yukon archers vied at the B.C. Provincials in Quesnel.

Delia Therriault, the 2020 Sport Yukon Female Territorial Athlete of the Year, said she did well in her first Outside competition.

“I’m happy with my score,” said Therriault who placed second in her compound division. “It was really cool to see and I’m glad I went. It was really fun.”

Therriault said in practice she needs to work on keeping the nerves in check.

Sam Bugg said he didn’t shoot as well as he could but was still pleased with his performance.

“I need to practice shooting around other people,” said Bugg. “I struggled with that and the rest is mental.”

Bugg has travelled to other meets before but said after the long layoff because of COVID-19, it was re-motivating to get back to it.

“I was getting bored of just practicing but I’m back and motivated,” said Bugg.

Mitchell Rudolph competed in the barebow category at Provincials.

“I did a little worse than I wanted to but not terrible overall,” said Rudolph who last competed Outside in 2019. “I hadn’t been out in a while.”

“I need to make sure my hand stays close to my face,” said Rudolph.

Now that the archers are back in the Yukon, they will continue their competitive training schedule before shifting focus to the outdoor season.